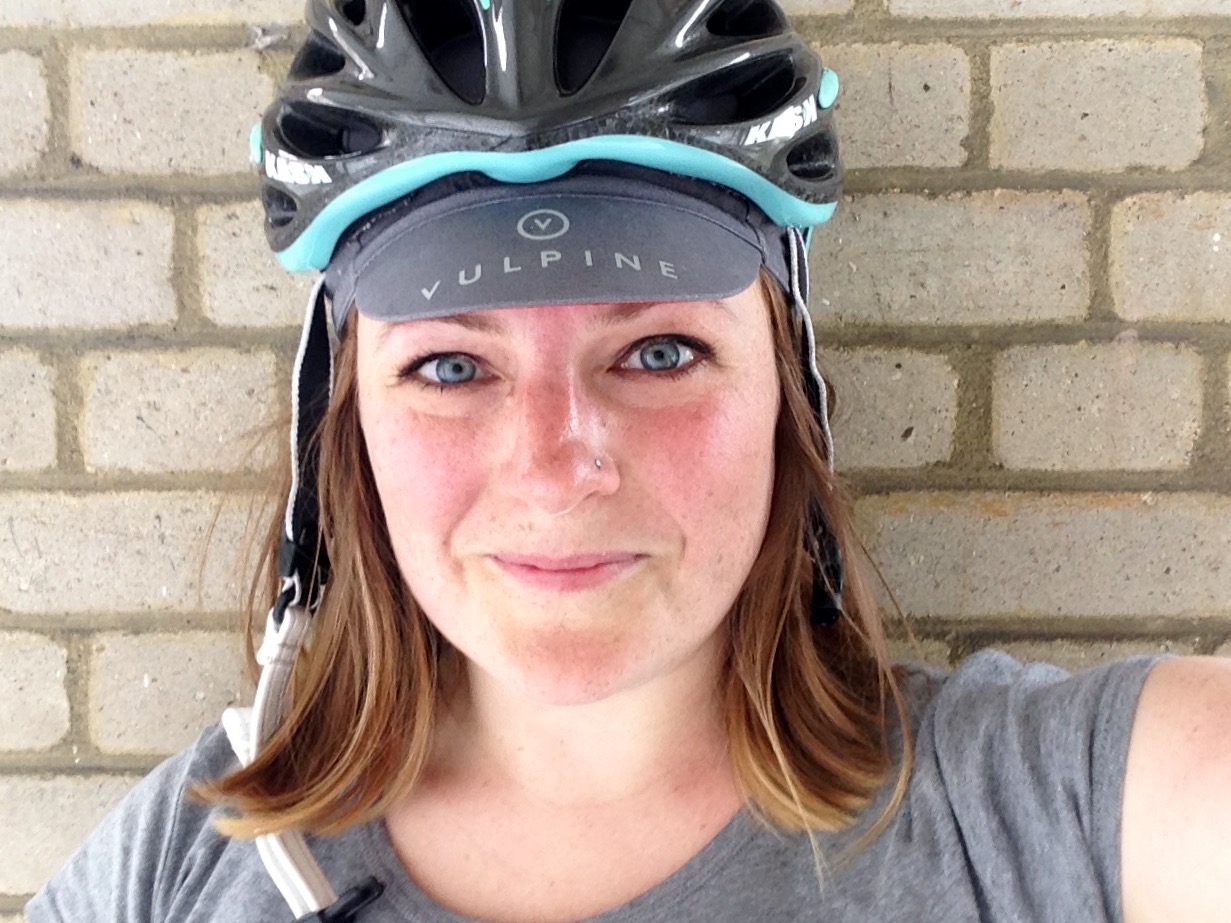 Get on your bike and ride!

It’s not easy to start something new. Particularly something that doesn’t come naturally to you. It takes discipline. Courage. Determination. Commitment.

And, if you happen to co-own a bike shop, and the new thing you’re starting is cycling regularly, it takes a good dollop of humble pie, too. Because who ever heard of a bike shop owner that didn’t ride a bike?

Although, it may be slightly disingenuous of me to say that I don’t ride a bike. I have bikes. Three, in fact. And I love and have ridden them all. But a number of things have conspired to keep me off them of late…

Firstly, there’s my boy. Not only does having a small child limit the amount of time you have to get out on your bike, I’m also one of apparently quite a large number of women (according to my brilliant osteopath Nancy) who had a historical injury to her coccyx re-surface in late pregnancy, and now has trouble sitting for too long or in certain positions or on certain surfaces. Perhaps unsurprisingly, a bike saddle is one such surface. I’ve searched far and wide for something to make it better – one of these saddles has helped a lot, it has to be said – but it’s mainly thanks to Nancy that I’ve got to the stage where I’m even considering riding regularly again.

Secondly, there’s my ever increasing circumference. No more can I write it off as baby weight – my ‘baby’ can read and write and ride his own (balance) bike. Even with the caveat of a mild case of post natal depression, the weight’s been hanging around for a bit too long now. And it’s got so comfortable it’s started inviting its mates over to hang out, too. I am rapidly approaching becoming a personification of the Divine Comedy’s jolly hostess. It has got to go, no question, but carrying quite a few extra stones round with you doesn’t make for easy sport. And I am not a natural athlete, so there’s that, too.

Finally though, and probably most debilitatingly, I am chicken shit. Anxious probably doesn’t cut it. I can partly blame the aforementioned PND, but I am terrified of cycling. Of being run over by a tipper truck. A bus. A taxi. Hell even toddlers on mini scooters scare the life out of me.

In fact, the only thing that scares me more than imminent-cycle-based-road-death is the tube. For what are probably obvious reasons in this day and age.

So. I hate the tube. I have too much fat. And my coccyx is getting better and better by the day. There really is only one thing for it.

Oh, I know all the arguments. I’ve made them plenty of times. To other people. “You save so much money not taking the tube”. “You work to your own schedule”. “You get lots of exercise and fresh air” (well, fresher than the underground). “You arrive at work so much more alert”. You will literally be fitter, happier and more productive.

Until now I have been all mouth and no bib shorts.

But things have got to change. If you have been following this blog, you will know about my dealings with the Strongher girls. (If you haven’t, it might make more sense if you have a look at this, and then read this.)

Last week I had a brilliant chat with Marit and Kim from the Strongher team, and they have invited me to join the movement as a ‘Shero’. We’re still chatting but I’m hopefully going to be representing small retail, giving the point of view from the other side of the shop counter, and also doing some writing and guest posts for their blog. It’s all very, very exciting. But I feel like a fraud.

How can I write about how great it is to ride, when I’m not riding? When I have a lovely Trek road bike and a cheeky little Orange mtb languishing, unloved in the garage?

I know they’re not enlisting me for my riding prowess. They have actual, you know, pros to cover that angle. But I have to start practising what I preach.

So with that in mind, on Monday I quietly pulled on my cycling gear and prepared for the 10 mile commute. Pete took one look at me, opened his mouth to comment and I snapped “don’t say a word”. Poor guy; he was only going to encourage me, I know that 100%, but I can’t deal with the drama. With the pressure and expectation.

I need to do this for me, and for all those girls out there with the same – and different, and better – excuses not to get on their bikes, but who deep down inside really want to ride again.

I made it to my job on the other side of London. Hence the sweaty post-ride pic. And home on Tuesday. (Baby steps, it’s quite a long way!) No one died. It wasn’t terrible, but it wasn’t easy.

But then, what is easy, that’s worth doing? And I’m pretty sure it will be worth it.